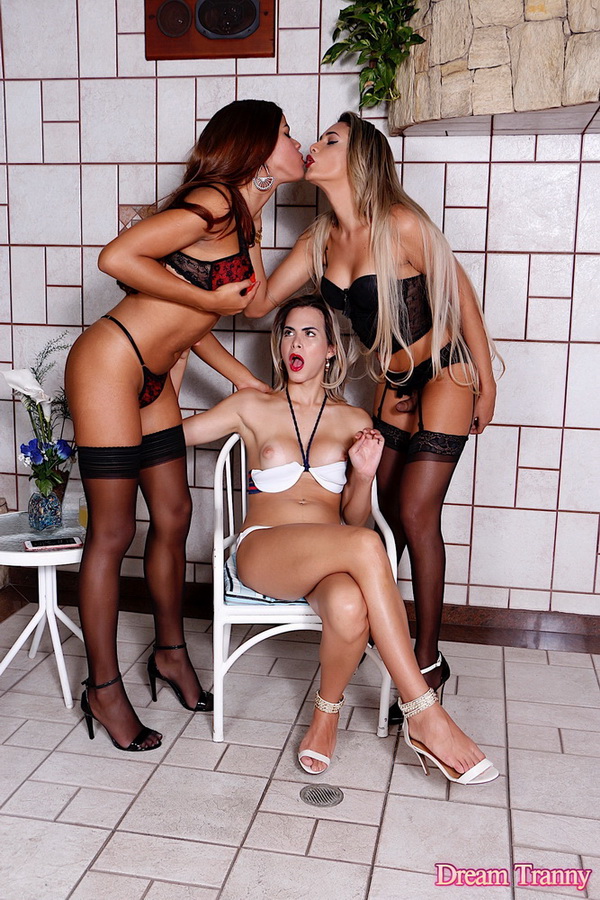 It's that time we have all been waiting for! The end of 2020. You know we definitely saved up this beauty for a day like today. Bringing in 2021 with the gorgeous Barbara Perez. New year! New look. This girl needs no introduction. Looking ready for hardcore banging, let's jump right into it folks!read more

Barbaras Asshole is in Heaven

Barbara’s a stunning, tall, statuesque, beautiful, blonde transsexual, with a sizable, savory sausage. Her sable stud can’t keep his hands off of her, and soon has lying down on the bed naked, moaning euphorically, while he earnestly sucks her mouth watering, beefy tongue depressor. Moving her into doggie, he passionately licks her asshole, to ignite her burning lust, which it does, as evidenced, by her gluttonously sucking his coal black, donkey dick, with sluttish verve, gusto, and epicurean delight. They then, get into a scrumptious 69, enjoying their mutual suckfest. After sitting on his face, for some more asshole licking, she mounts his ebony obelisk of lust, in cowgirl, energetically slamming her voracious asshole onto him, with fiery fervor, as she moans ecstatically, with her face contorted, in the agony of ecstasy. She continues her raucous ride, in reverse cowgirl, which we enjoy from his POV, savoring the sight of her sublime ass, exuberantly humping his dauntless dong, as she moans and cries out, in depraved exultation. He then, ardently plows his titanic tool, into her in missionary, as she wraps her legs around him, pulling him into her, while moaning and squealing, in sluttish jubilation. Moving up onto his knees, he continues assertively ramming his beef baton into her, while she jerks off her joy stick, until it releases it’s sweet nectar, in an illustrious orgasm, followed by his own, as he spews his cum all over her belly, leaving her joyfully, glazed and dazed.read more